DU Eligibility Criteria 2019: DU once again in news as the students demanded countermand. The courses like  BA Economics and B.Com changes qualifying criteria for college admission in 2019.

There has been announcement that Delhi University has changed the eligibility criteria for admission in academic session of 2019-20 in Bachelors of Arts (BA) Economics honours and B.Com programme. Under the new guidelines, it has been said that now class 12 mathematics marks will also be counted among the ‘best of four’ for BA Economics along with Economics and a language course. It created a biggest drop back as various parents and students claim that this would drop the percentage of  the child and might also will reduces the chance of getting admission in the college. 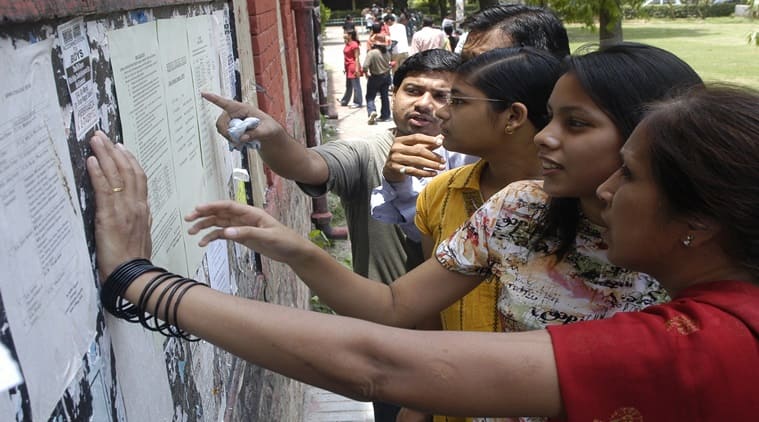 One of the parent’s plea can be seen just after the announcement,

“He was posted in Tezpur at the moment and no one from his family could visit the varsity. Their child’s best of four is over 95 per cent, she even scored 100 in political science. She appeared for mathematics as a sixth elective subject as it was just an eligibility criterion, now if her maths marks are counted her percentage drops and she would not get admission to any good college,” said a retired army officer.

He also added that the university should have informed the change in criteria at the beginning of the session.  A letter is also been written to the student welfare querying them to roll back the new DU Eligibility Criteria 2019 and grant students some more time to prepare for it. The group has also filed a petition at change.org seeking support.

One of the most renowned Professor confesses that

“I am working in JP Morgan. Even when we hire students we ask them if their base in mathematics is strong or not. It is a good move but the timing is drastically wrong,” He also says that “If any such thing was to be implemented then the administration should have informed the students in advance so that they would have prepared accordingly. Now that they have given exams, they are not in a position to do anything. Why is the change made in the last hour?”

Alumni of DU, have come together to form a group headed by an alumnus from Sri Ram College of Commerce (SRCC), Sahibdeep Singh  says that since we are DU alumnus we tried to help students with admission process thus we started taking queries. But as the bulletin released we got hundreds of queries regarding the change in B.Com and BA Economics eligibility criteria and hence I thought of writing to the administration,” said Singh. He said that he had submitted the letter to DU administration who have said that they will “look into the matter.”

When an inquiry was made on this issue and complaint was also been focused that the information should have been provided earlier to the students, the authority says that,

“This is a decision taken by the council of experts. We had released the notice a year ahead then students who are in class 11 would have complained that they have already opted their subjects. There is never an end to this circle.”

Simultaneously , the admissions to the School of Open Learning (SOL) have also started the last date to apply for undergraduate courses in July 31, 2019.

This announcement would definitely decrease the number of cut offs and the number of admissions simultaneously. We hope the students can still get the best out of DU .

Don't have an account?
sign up
Back to
log in
Back to
log in
Choose A Format
Personality quiz
Series of questions that intends to reveal something about the personality
Trivia quiz
Series of questions with right and wrong answers that intends to check knowledge
Poll
Voting to make decisions or determine opinions
Story
Formatted Text with Embeds and Visuals
List
The Classic Internet Listicles
Countdown
The Classic Internet Countdowns
Open List
Submit your own item and vote up for the best submission
Ranked List
Upvote or downvote to decide the best list item
Meme
Upload your own images to make custom memes
Video
Youtube, Vimeo or Vine Embeds
Audio
Soundcloud or Mixcloud Embeds
Image
Photo or GIF
Gif
GIF format